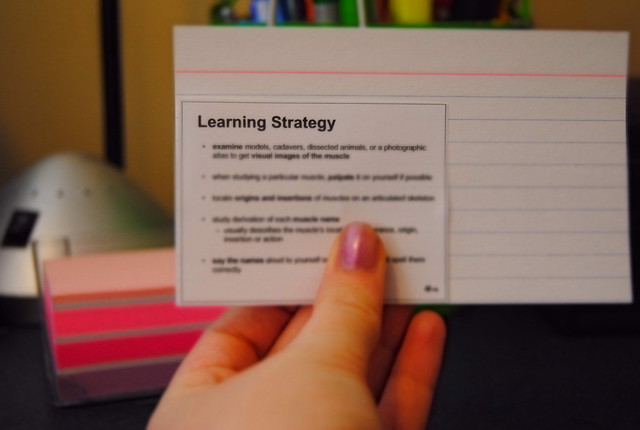 This post is the second in a series of blogs I’m writing with an introduction to genre-based writing instruction to coincide with the launch of Oxford’s new writing textbook series, Inside Writing. Last time, I talked about how to shift your focus from a rhetorical view of writing 5-paragraph essays to a genre-based concern with how language is used in different social contexts, including the context of schooling.

In this post, I’d like to move into classroom practice: how do you help students learn to write in your target genre? The method I use is a well-developed technique that originated in Australian middle schools called the “Teaching-Learning Cycle” (Rothery, 1996)*. Typically, this starts with an activity they call “Deconstruction,” which is basically a teacher-led analysis of several writing models to help students deduce staging (the typical structure of information) and features of the language used (especially for ESL or other linguistic minority populations). I happened to hear a great example of this on NPR recently about a 6th-grade English class in Chicago. One of the merits of the new Common Core State Standards in both English Language Arts and other disciplines is a great deal of interest in genres of writing. Notice that the students already have a pretty sophisticated understanding of genre — they know that argument is different from persuasion. Now, they look at examples of arguments about about banning cell phones in school (I used almost exactly the same topic, except set at a university, for a unit in Inside Writing!)

She divides the class into small groups and hands them two non-fiction articles. One is a study from 2010 that found more than three-quarters of American teens own a cell phone and makes the case for allowing them in school. […] But the other article, also a 2010 study, found that 71 percent of students with cell phones had sent or received text messages during classroom time. Bell’s 30 sixth-graders fill out charts to help them organize the two arguments before they begin writing their own. Lucy Skorey and Hilda Grullon sit at a table near the back of the room discussing both sides.

This is deconstruction in action. The students have a sense about what makes an argument (claims + evidence). Now, they look at two competing arguments, and discuss how each writer makes a case. Yes, there’s the inevitable graphic organizer (which has become a bit of an obsession in American schools these days), but if used appropriately, it can show students how different writers approach the same task. The students now have choices and examples, not five-paragraph formulas to follow. Notice as well that the teacher has the students collaborate on this task, which is a nice segue to the next stage of the Teaching/Learning Cycle, where students will jointly construct a new text in the target genre. But more on that in the next post.

The trick with deconstruction is to avoid structural labels and focus on functions. For example, if I ask my students what the structure of [insert any genre] is, they will invariably reply “introduction, body, conclusion” because that’s what they’ve been taught. But pretty much every piece of writing has a beginning, middle, and end, and while Aristotle could get away with claiming that as valuable insight into the genre of tragedy 2500 years ago, it’s just not very helpful to students learning how to write. You can see in the case of argument writing, that “claims” and “evidence” are much more useful than “introduction” and “body.” As for the online product review, which I mentioned in the last post, it turns out that there’s a pretty predictable structure: why I bought the product and (usually) an overall evaluation, description of the product, good features (with reasons), bad features (with reasons), and recommendation (positive, negative, or hedged). Of course, in a negative review, the bad features might come first and the writer might not see any redeeming qualities worth mentioning, but the structure works well, is easily identifiable, and helps students to control their writing. Even better, you can show students how to expand from a single paragraph review to  a multi-paragraph piece.

Back to Chicago now, where the NPR reporter quickly learned that students in this class understand not only the structure but also the social function of the genre: they’re not just mindlessly regurgitating an empty form:

So why should they know how to write an argument? “We might want to become a lawyer or something. It’s good practice for us to learn how to make a claim and tell what we think on paper,” Grullon says.

I would also add to this lesson a focus on language. So, what verbs do the authors use to introduce evidence (i.e., reporting verbs)? What tenses do they use? Do you see certain types of grammar in the claims but not the evidence (e.g. modals)? Are the claims hedged at all, and if so, how? How do the writers use relative (adjective) clauses, e.g. to specify which schools, students, and cell phones they are discussing? Once you start asking these questions, you’ll be amazed what you and your students notice about your genres!

You can find a description of all 50 genres taught in Inside Writing on the Inside Writing Teachers’ Site  (free registration to OUP’s Teacher’s Club is required) along with my essay on genre-based writing pedagogy. In the next post in this series, we look at joint construction, a form of collaborative writing.

* Joan Rothery’s chapter, “Making Changes: Developing an Educational Linguistics” is in  the book Literacy in Society (e.g. Hasan & Williams; Longman, 1996). However, you can also read a rather more complex description of the TLC in J.R. Martin’s 2009 article, “Genre and Language Learning: A social Semiotic Perspective” and also in David Rose and Jim Martin’s book, Learning to Write/Reading to Learn (Continuum, 2012). I discussed the TLC with examples in a 2013 presentation at Penn-TESOL-East, and it’s the basis of the units in Oxford’s new writing textbook series, Inside Writing.

3 thoughts on “Jumping into Genre”